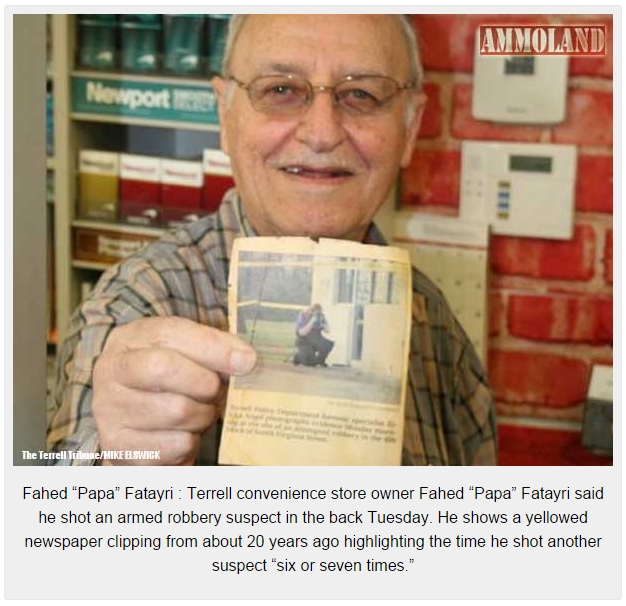 Itidal “Mama” Fatayri said she was still shaking more than two hours after an armed robbery attempt was foiled when her husband Fahed “Papa” Fatayri shot the armed suspect.

“I’m still scared, he’s not scared. He had a gun,” Mama Fatayri said, pointing to her husband. The couple have owned and operated the South Virginia convenience store since 1997.

Papa Fatayri said he shot the white male suspect in the back with a .38-caliber pistol he kept with him at all times. He guessed the suspect was in his mid-20s.

“She said this Caucasian guy came in the store, looked around and left,” Redfearn said. The suspect came back a few minutes later evidently thinking that Mrs. Fatayri was alone.

Papa Fatayri said this was not the first time his store had been robbed. He recalled an incident about 20 years ago where an armed robbery came into the store.

“I shot him six or seven times,” Papa Fatayri said.

He still had a yellowed newspaper clipping showing the investigation of that robbery, which he said made the front page of The Terrell Tribune.

Next Making The Right One, When You Have a Choice – Self Defense