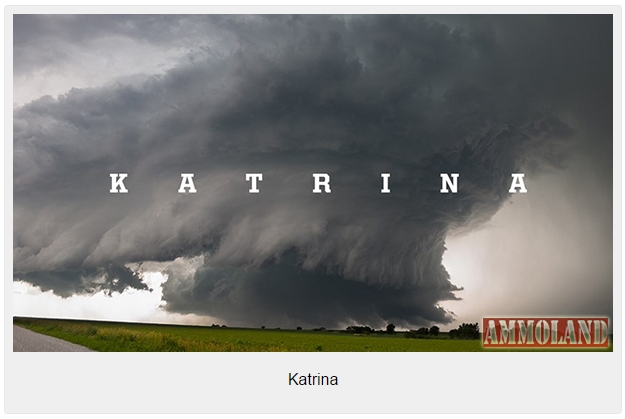 The memory of the devastation wrought by the storm and the resulting chaos is a human tragedy of such a vast scale that it endures to this day; and will well beyond. Further, the measures taken to disarm law-abiding firearm owners in Katrina’s wake should serve as a testament to why gun owners guard our right to bear arms so vigilantly.

The disorder of the storm’s aftermath – and the inability of local law enforcement to contain it – brought into stark realization the importance of the right to keep and bear arms in order to provide for the defense of oneself, loved ones, and community. Stories of looting and violence abounded. A police chief described post-Katrina New Orleans by stating, “it was like Mogadishu.”

Despite their inability to cope with the resulting mayhem, several days after the storm passed New Orleans officials ordered the confiscation of lawfully-owned firearms from city residents.

As reported by the Washington Post, New Orleans Superintendent P. Edwin Compass made clear, “No one will be able to be armed,” and, “Guns will be taken. Only law enforcement will be allowed to have guns.”

At the time, NRA Executive Vice-President Wayne LaPierre noted the nature of the seizures, stating, “In many cases, it was from their homes at gunpoint. There were no receipts given or anything else at a time when there was no 911 response and these citizens were out there on their own protecting their families.”

City authorities were selective with their order, discriminating against the most vulnerable.

The Times noted that the city’s order, “apparently does not apply to the hundreds of security guards whom businesses and some wealthy individuals have hired to protect their property… Mr. Compass said that he was aware of the private guards but that the police had no plans to make them give up their weapons.”

In 2005 Ray Nagin served as the mayor of New Orleans. Nagin would go on to become a member of Michael Bloomberg’s Mayor’s Against Illegal Guns, and later federal inmate No. 32751-034, following 2014 convictions for fraud and bribery.

In the years that followed, New Orleans officials were unrepentant.

In a 2006 interview with local radio station WWL, New Orleans Superintendent Warren Riley said, “During a circumstance like that, we cannot allow people to walk the street carrying guns…as law enforcement officers we will confiscate the weapon if a person is walking down the street and they may be arrested.”

NRA immediately denounced the confiscations as unlawful under state law and unconstitutional, and set to work rectifying New Orleans’ abuse of power and ensuring that no American would be faced with confiscation under a similar scenario.

NRA promptly filed suit in the U.S. District Court for the Eastern District of Louisiana against New Orleans in order to halt the city’s confiscation efforts. On September 23, Judge Jay Zainey granted a temporary restraining order barring New Orleans and the surrounding communities from further confiscations, and required that the seized guns be returned. NRA also successfully worked to lift a ban on firearm possession for those living in Federal Emergency Management Agency housing as a result of the storm.

The city dragged its feet in returning confiscated firearms to their lawful owners. However, NRA persisted until 2008, when NRA and New Orleans came to a settlement in which the city agreed to carry out an acceptable procedure for returning the firearms. The agreement allowed owners to get back their guns without documented proof of ownership, which many residents were understandably unable to provide.

NRA’s post-Katrina efforts did not stop at the Louisiana border.

NRA prompted mayors and police chiefs across America to sign a pledge stating that they will, “never forcibly disarm the law-abiding citizens” of their city.

Further, NRA worked to limit the power of state and local governments to regulate firearms in times of emergency, by advocating for emergency powers reform legislation throughout the country. Currently, over half of the states have some form of emergency powers provision protecting gun owners from government abuse during a crisis.

In 2006, moreover, President George W. Bush signed into law the Department of Homeland Security Appropriations Act, which contained an NRA-backed amendment sponsored by Sen. David Vitter (R-La.). The amendment prohibits persons acting under color of federal law, receiving federal funds, or acting at the direction of a federal employee from seizing or authorizing the seizure of lawfully-possessed firearms or imposing or enforcing certain restrictions on firearms during a state of emergency.

Having gone through such a horrific ordeal, in the years after Katrina New Orleans residents exhibited a greater appreciation for their right to bear arms. The number of Right-to-Carry permit holders in the city doubled from 2004 to 2006.

In reporting the experience of Vivian Westerman, a sixty-four-year-old that stayed in her home during Katrina, the Associated Press noted that, “So terrible was [Katrina] that [Westerman] wanted two things before the next hurricane season arrived: a backup power source and a gun.”

Westerman told the AP that after purchasing a .38-revolver, “I’ve never been more confident.”

In September 2008, when Hurricane Gustav threatened the city, the New York Post reported that those remaining in the city were “locked & loaded,” and detailed the stories of several armed residents.

As we remember the terrible devastation of Katrina, gun owners should further commit themselves to ensuring that Americans are never again deprived of the ability to defend themselves in their hour of need.

A decade later, Wayne LaPierre’s words following Katrina are still as relevant as ever, “The lesson of New Orleans is that citizens must be able to rely on their own ability to survive. The answer once and for all to politicians who say Americans don’t need the Second Amendment, government will protect you, the answer forever more is New Orleans.”

Next Racism Or Race Baiting: Lake St. Louis Missouri, The Next Ferguson?