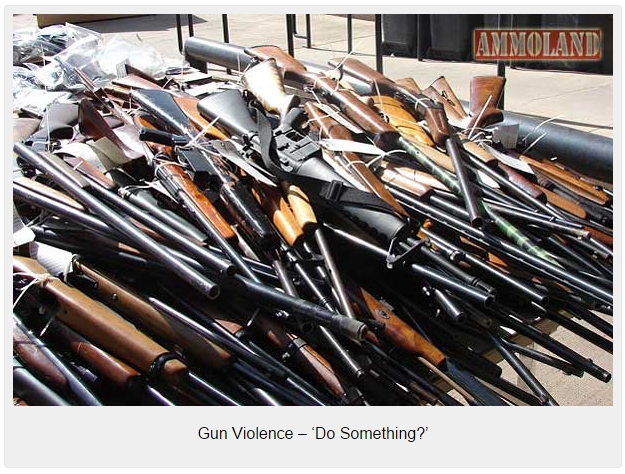 In the aftermath of the recent double-murder in VA, hand-wringing professing liberals, have been filling the media with blurry statements like “we have to ‘do something’ about guns. We need new, ‘ common-sense’ measures”.

Of course, as they glance over at their own heavily-armed bodyguards, they never get specific. It is their hallmark!

When asked exactly what “something” they have in mind, they always refuse to answer the question.


Instead, they dance around and say things like, “… felons, minors, and the mentally ill shouldn’t be able to buy guns”

Well, that is already illegal; has been for a long time. But, that never prevents liberals from making such stupid remarks, as if they actually didn’t know that!

The real “something” they’re ever too frightened, and too dishonest, to articulate clearly is this:

Those are the ultimate “common-sense” measures these Constitutional criminals, these crypto-Marxists, want for us. Make no mistake. That is what they’ve always wanted! They’re just hoping we’ve fallen asleep and have foolishly come to believe they are something other than what they are.

That’s what it comes down to. That is what liberals wish you, a proud American, will believe about yourself.

For one, I resent it. I hope they understand!

“When the opposition unilaterally disarms, well and good.
When they refuse to disarm, we shall forcefully disarm them.”

Next Firearms On The Cutting Edge For Fed-Up Voters