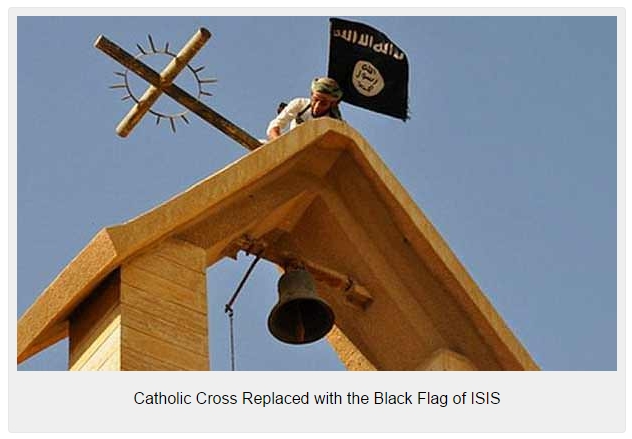 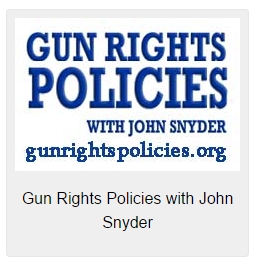 “They’ve got to get their heads out of the clouds and see the Christian necessity to obtain and use firearms for protection of life against Islamist terrorism.”

“Boko Haram and ISIS are out to grab Libya,” said Snyder. “This is evident as a report this week by Law Enforcement Examiner Jim Kouri indicates. The Islamists plan to use Libya as a base from which to launch bloody attacks in Italy, including the Vatican.”

According to Kouri, ISIS fighters, who continue their battles in the Middle East, are now fighting to take control of Libya – which has been in the midst of a bloody civil war since the fall of the dictator Colonel Moammar Gaddafi – because the jihadists believe that it is an excellent location from which to initiate an invasion of a European city.


“With the new jihadists pouring into Libya to help ISIS fighters, according to former police counter-terrorism unit commander Vincent Pollard, ISIS leaders are bragging on social media websites that they will use their victory in that African nation in order to launch an invasion of Italy, perhaps attacking the home of the Roman Catholic Pope in the Vatican.”

Pollard said that, “ISIS has also created a series of illustrations and messages for the Internet including one that shows the black flag of ISIS above the Vatican and the Catholic symbols replaced with Muslim designs and artwork.”

Snyder noted that, “Catholics revere the Holy Father’s inerrancy on faith and morals.” But the Pope may be out to lunch on practical matters. The Catholic hierarchy generally is out of it on issues regarding the use of legitimate force in self-defense. Especially pathetic is support for the criminalization of private handgun possession by the United States Conference of Catholic Bishops.

“Also outrageous was the attempt two and a half years ago by Rev. Federico Lombardi, S.J., Director of the Holy See Press Office, to inject himself in the domestic American gun control controversy with public support for President Barack Obama’s anti-gun proposals.”

Snyder said, “Clergymen issue impotent pleas for peace with Islamists. But Christians must get guns to protect life from Muslim murderers. As Christ Jesus tells us, according to Luke 22:36, ‘The man without a sword must sell his cloak and buy one.’”

About John Snyder:
Named the Gun Dean by Human Events, “the senior rights activist in Washington” by Shotgun News, a “champion of the right to self-defense” by The Washington Times, and “dean of gun lobbyists” by The Washington Post and The New York Times, John M. Snyder has spent 45 years as a proponent of the individual Second Amendment civil right to keep and bear arms as a National Rifle Association editor, public affairs director of the Citizens Committee for the Right to Keep and Bear Arms, treasurer of the Second Amendment Foundation, and founder of www.GunRightsPolicies.org.

A former Jesuit seminarian, Snyder is founder/manager of Telum Associates, LL.C., founder/chairman of the St. Gabriel Possenti Society, Inc., a director of Council for America, and serves on the boards of the National Association of Chiefs of Police and the American Federation of Police & Concerned Citizens. He is also the author of the book Gun Saint.

Next Gun Violence – "Do Something?"