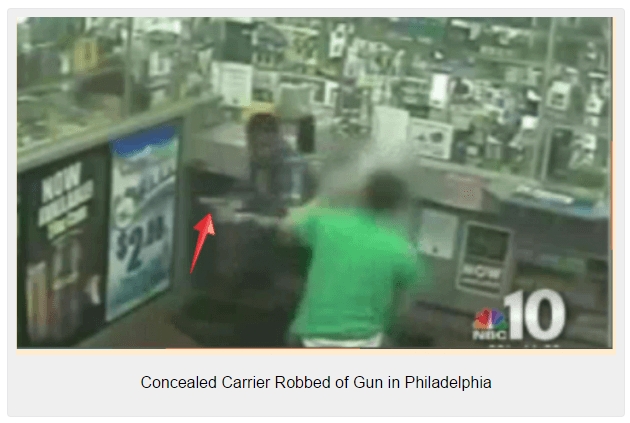 In the above screenshot, the robber has the pistol, which appears to be a semi-auto. The robber is closest to the counter.  The red arrow points to the pistol.

The concealed handgun carrier was robbed of his handgun in a strong arm robbery.  The story illustrates one of the disadvantages of concealed carry.


The robber did not know that the concealed carrier was armed, so he was not deterred from attacking him.  In this case, the element of surprise was to the advantage of the robber. 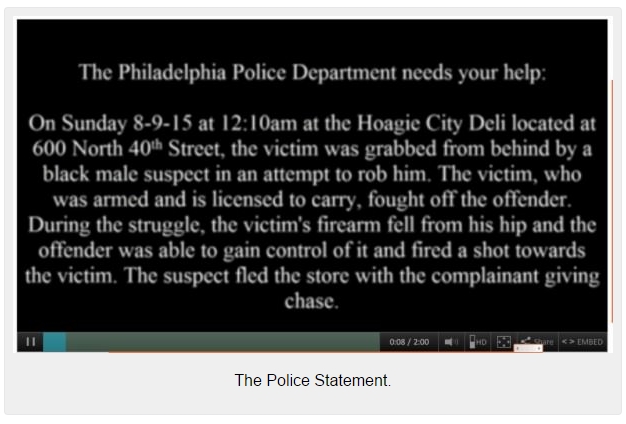 The start of the attack. The robber is very close. 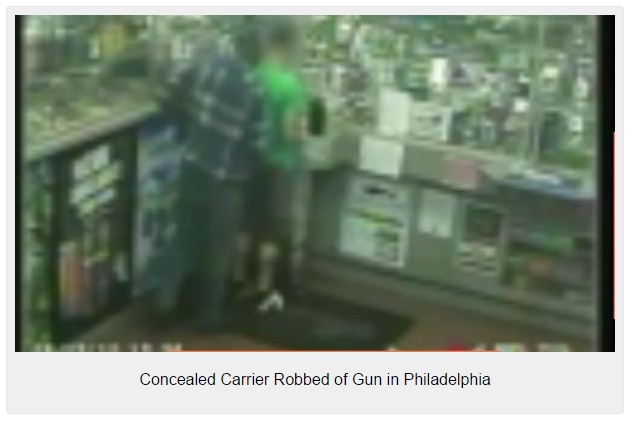 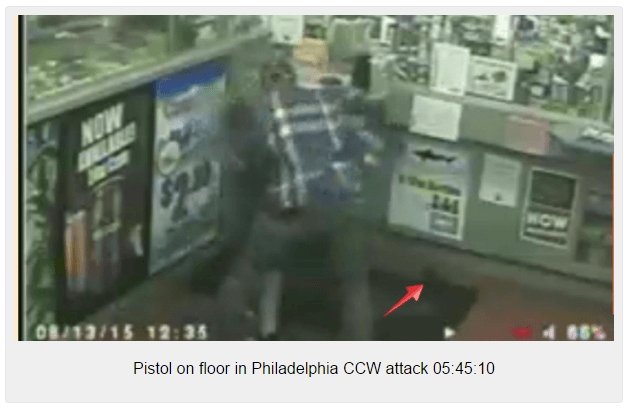 The combatants have broken apart and moved away from the counter. You can see the holstered pistol on the floor between the mat and the base of the counter. 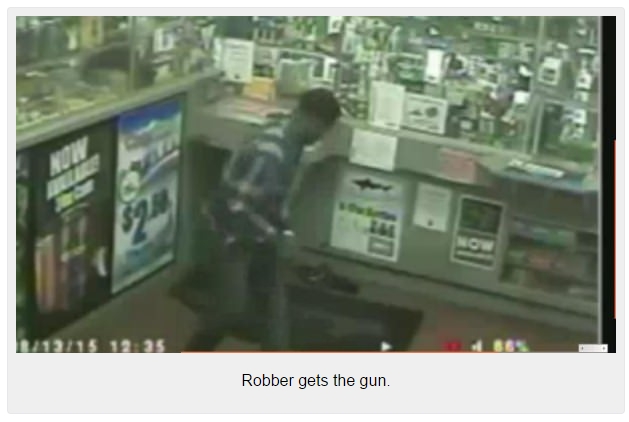 The attacker sees the pistol on the floor and goes for it. He successfully retrieves it and manages to draw it as shown in the top frame.

The victim counter attacks and keeps from getting shot. The attacker runs out of the store with the pistol, pursued by the victim.

Both open carry and concealed carry have advantages. Sometimes one option works better than the other. People use both options at the same time. People should be able to choose which option they prefer, and make choices as they see fit.

Much has been made of two open carriers who were robbed of their guns in the last decade.  One of those occurred where the open carrier’s gun was required to be unloaded by law.  There have been two unsuccessful attacks on open carriers.

Concealed carriers have also been attacked, and have been successfully robbed of their guns.  This is the second instance so far this year.  The first occurred in April.  If an attacker believes you to be unarmed, you are more likely to be attacked.   People have recognized that reality for centuries.

“Laws that forbid the carrying of arms…disarm only those who are neither inclined nor determined to commit crimes. Such laws make things worse for the assaulted and better for the assailants; they serve rather to encourage than prevent homicides, for an unarmed man may be attacked with greater confidence than an armed one.”

Most defensive gun uses are not against other people armed with guns.  Most are against strong arm robberies, such as this one, or attacks with hands and feet or contact weapons such as knives and clubs.    According to FBI data, about one in five (21%) of aggravated assaults were committed with firearms.  About two in five robberies (41%) were committed with firearms.

Successful attacks against armed people are rare, against either concealed or open carriers. They are so unusual that they make the news.

The examples reinforce the wisdom of having a retention system of some sort on a firearm holster, if simply for retaining the pistol during a fall or violent movements, such as may occur in an accident or during exercise. Retention during a fight is even more important.


Previous Man Who Killed Two, Not Guilty Except For Weapons Charge