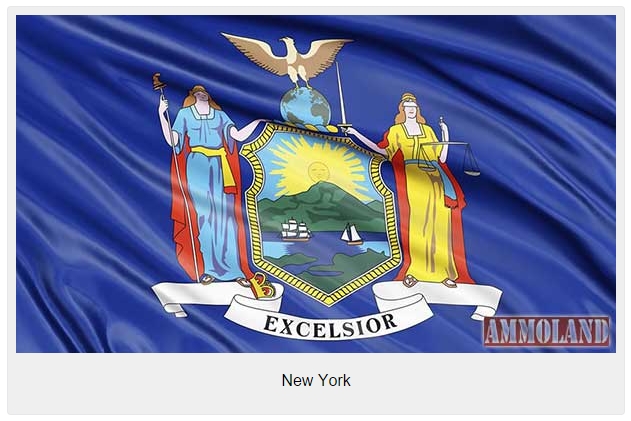 Last week, a federal court ruled that the Nassau County Sheriff’s Department could not rely on its “retention policy” to keep guns seized from a woman without providing her with a due process hearing.

Panzella v. Nassau County, No. 13-cv-05640 (E.D. N.Y. Aug. 26, 2015). Christine Panzella’s ex-husband had obtained an ex parte order of protection against her in June of 2012. Such orders are authorized by the New York Family Court Act, and the statute authorizes the family court to include, in the order, a requirement that the person subject to the order surrender all firearms in his or her possession.

The family court did not expressly order Ms. Panzella to surrender (or the police to confiscate) her firearms or otherwise invoke the surrender requirement, although the order did include a generic warning regarding the federal law (“It is a federal crime to . . . buy, possess or transfer a handgun, rifle, shotgun or other firearm while this Order remains in effect…”). As noted in the federal court decision, this disqualification applies to orders issued after actual notice is given to the affected person and after a hearing at which that person has an opportunity to participate, and would not apply to the ex parte order.

When police officers from Nassau County served the order on Ms. Panzella a few days later, they confiscated her guns. Although the ex-husband later received an extension of the protection order, he ultimately withdrew his petition, and the court terminated the proceedings and vacated the orders in March 2013.


With these orders no longer in effect, Ms. Panzella made several requests that her two rifles and three shotguns be returned to her. The Nassau County police refused to do so based on a purported “legislative glitch” in which the family court, while authorized to order the confiscation of firearms, was not explicitly authorized to order their subsequent return when an order expired or was vacated. The police “retention policy” was not to restore firearms to their lawful owners unless and until the sheriff’s department was served with a court order directing that this be done. This policy not only places the burden of recovery on the owner whose property had been seized but requires costly and time-consuming litigation.

A previous lawsuit against Nassau County, Razzano v. Cnty. of Nassau, had already resulted in a finding that police officers violated a gun owner’s due process rights by failing to provide him with an adequate opportunity to recover rifles and shotguns, after these were confiscated based on a policy of doing so when the police believed a person to be dangerous. Subject to limited exceptions (when a gun is involved in a crime, for example), the police have to provide an owner with a prompt “post-deprivation” hearing. This has to take place before a neutral decision-maker, and the police have the burden of showing they are likely to succeed in any court action to maintain possession of the confiscated property. If the owner prevails at this hearing, the guns have to be returned.

Citing the Razanno decision, Ms. Panzella’s federal lawsuit against Nassau County claimed that the retention policy, and police refusal to hold a hearing once the orders were no longer in effect, violated her due process rights under the Fourteenth Amendment to United States Constitution.

On August 26, the federal district court agreed. In ruling that Ms. Panzella should have been provided with a hearing, the court referred to the fact that other than the “unconvincing argument that a court order is required” for the return of the confiscated guns, the police failed to articulate “any basis for retaining” the firearms. The “legislative glitch” had no application because the family court orders did not actually mandate any surrender of guns, “let alone bar their return once the Extension Order expired.” In a footnote, the court similarly rejected the defendants’ indirect argument that they were not competent to determine whether to return confiscated guns, and noted that “the County’s police department makes these very determinations” in connection with pistol licensing decisions.

Nassau County was directed to hold a due process hearing regarding the confiscated guns within 30 days.

Next SMOKE and MIRRORS: The Seattle Sales Tax