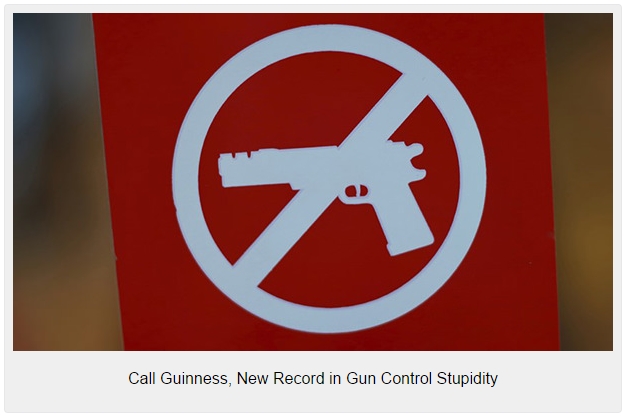 Despite the best efforts of the Brady Campaign and Michael Bloomberg’s Everytown, a small group in suburban Chicago has managed to break new ground in gun control stupidity.

The achievement took place August 25th at a rally protesting a new Mariano’s grocery store in Northbrook, Ill. organized by Peaceful Communities. The company’s offense? Not forbidding licensed carry inside their suburban locations.

While a small protest for a silly cause is standard gun control fare, this one featured items of special significance. The protesters held signs during the event, several of which stated, “SIGNS SAVE LIVES.” By that logic, the roughly dozen, who took who it upon themselves to actually burden themselves by carrying the very items that so effectively protect the public, should truly consider themselves heroes. 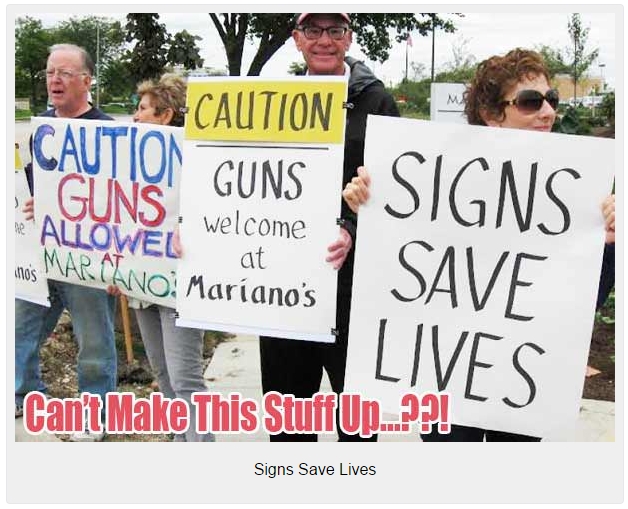 To the protestors it must be puzzling how the July attack by a violent extremist on a military recruiting center in Chattanooga, Tenn. could have occurred. Surely if the violent extremist had just taken a moment to notice the no guns sign posted on the door to the facility he would have been assuaged from attacking the servicemen inside.


Moreover, these protesters would likely only be confused by what occurred at Smith’s Marketplace in Salt Lake City, Utah. In April 2012, a 34-year-old man began stabbing people with a knife at random outside the grocery store. Thankfully, a Right-to-Carry permit holder who was on the scene drew a firearm and subdued the violent attacker until police could arrive.

Gun control stupidity is probably too subjective a category for a Guinness World Record, however worthy Peaceful Communities’ actions may be. Hopefully the group will be content with merely the public shaming they have and will receive.