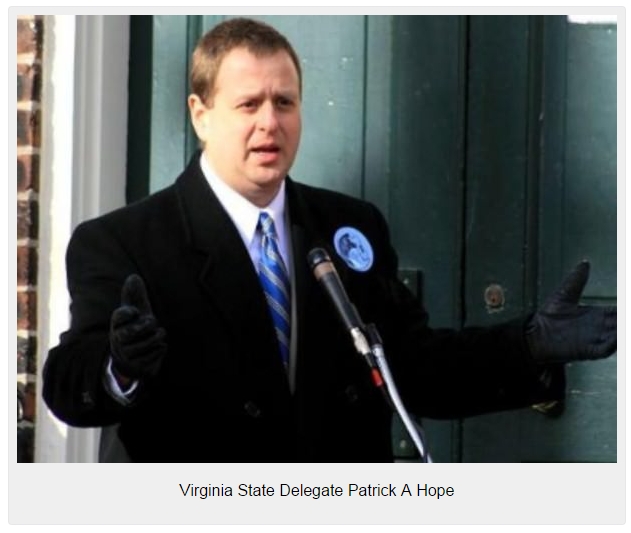 Virginia Democrat Patrick A. Hope boasts that he is using the Virgina incident to push for universal background checks (UBC), a precursor to gun registration, not because it would have prevented the crime, but because it is the gun control he can pass.

“I chose background checks, not because it would have prevented (the Virginia shooting) but because this would be easiest to pass,” Hope said. “We will not be able to prevent every single incident. We need to do something.”

The irrationality of the position was not lost on the commenters.  Todd Lewis wrote this:

Paraphrased: “I propose this-or-that law not because it’s any sort of realistic or probable solution to the situation I’m disingenuously using as a springboard, but instead, because the polls indicate it’s the gun control legislation that we have the best chance of getting passed and I am willing to climb atop bloody bodies and tout this plan as long as I get what I want… control.”

It is this sort of cogent comment that changes the minds of people who have an open mind.  Each time an emotional incident is used to push for more infringements on the Second Amendment, more people pay attention and educate themselves about the issues.  The more that people educate themselves, the more become Second Amendment supporters.  It is why a majority of people in the United States now say that protecting the right to keep and bear arms is more important than passing laws restricting that right. 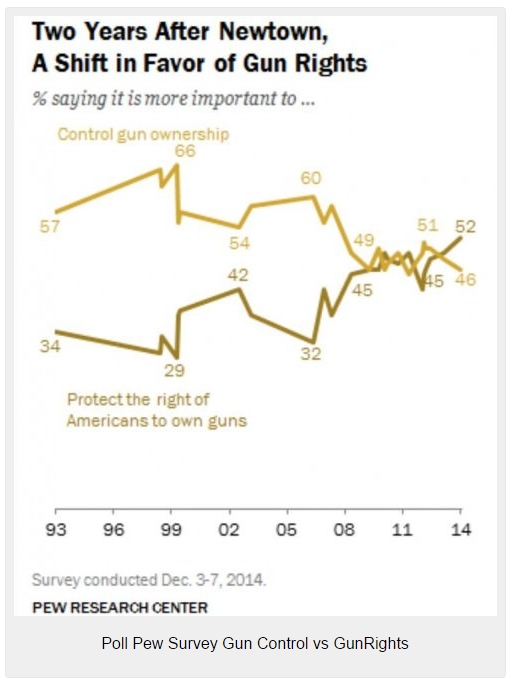 The pattern has been repeated with each major push for infringements on the Second Amendment. It goes like this:

Previous Vehicular Fatalities vs Fatal Firearms Accidents in the U.S. 1965-2013

Next The Past and Future of The Refugee Crisis