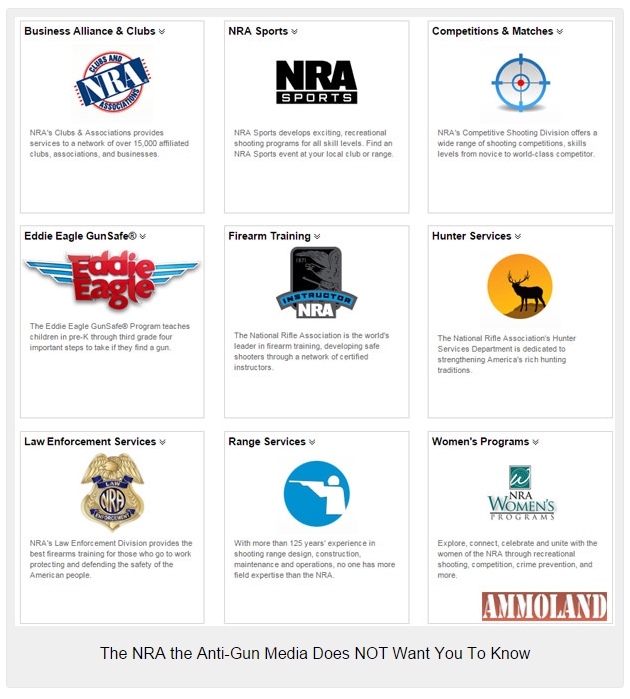 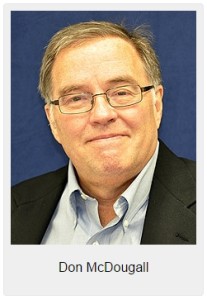 You see the propaganda everywhere. The “I own a gun and hate the NRA” comments.

The paid for advertisements saying the NRA is only a lobbying group or that they only represent the gun industry. These comments have one thing in common.

They are all wrong.

In a series of articles we will introduce you to the NRA that the left doesn’t want you to know about and pull back the curtain on the good work and services provided by the NRA. ( www.nra.org )

The NRA is not only about politics. The political branch of the NRA, Institute for Legislative Action or ILA, ( www.nraila.org ) was formed in 1975 because of the need for political defense of the Second Amendment.


They are separate entities and the NRA does ZERO lobbying or political activity.

The primary functions of the NRA are gun training, safety and sportsmanship. It works to keep ranges open, host competitive shooting events, support hunters programs and provide safety and marksmanship training for youth, women, veterans and more. The NRA Foundation, the 501(c)3 branch of the NRA, awards grant funding to these qualified programs around the country.

Friends of NRA is one of the components of The NRA Foundation that supports gun owners. The Friends of NRA hosted 1,150 fundraising dinners and events across the United States last year.

They raised over $60 million and NOT ONE DIME was spent on politics or lobbying.

The money went to range improvements, safety training and to educating new shooters.

Through monies raised at Friends of NRA events, The NRA Foundation awarded thousands of grants for programs at shooting clubs for youth and range improvement. That’s 2,800 grants given out last year to help improve the shooting sports and to provide safety training.

The NRA also provides insurance for gun clubs and gun ranges. You’re all aware that the left tries to limit a range’s ability to buy insurance and so close down the range by default. Remember how they see it: NO place to shoot, no need to own a gun, goes their logic.

The 18 ranges were forced to close July 1 because their insurance carrier dropped coverage after a man filed a claim after he was injured by a piece of debris that flew back during target practice. They will reopen at 8 a.m. Friday, the Mail Tribune newspaper reported.

White City is an unincorporated community in Jackson County, about 10 miles north of Medford.

Phil Grammatica, president of the Rogue Valley Shooting Sports Association, said the NRA agreed to provide coverage as long as users sign a liability waiver before they target practice. The NRA insurance will cost less than $2,000 a year, compared with $6,700 under the canceled policy.

Without the NRA’s help these ranges would have been be closed down for good. This is just one example of the thousands of times each year the NRA comes to gun owners’ side to help preserve our right to own and shoot our guns.

Our next articles will include safety training, Women on Target® and sport shooting.

Personal note – Us old farts remember how things were 40 years ago or so, when 72% of the country wanted to ban guns. If not for the NRA many of you not now have the right to own a gun of your choice.

Don McDougall is an NRA instructor and member of the Los Padres “Friends of the NRA” committee. If he’s not at the range you will find him setting the record straight with on gun issues and gun safety.

Next [WATCH] Another Act Of Karma? Over 700 Muslims Die In Stampede Outside Mecca