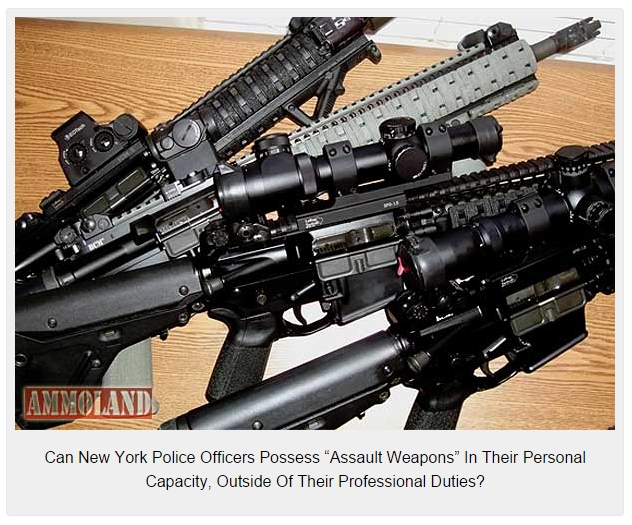 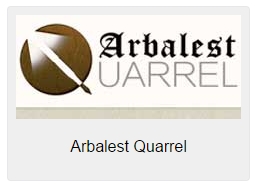 The New York public, as with police officers themselves, holds lovingly, perhaps, or, perhaps, not so lovingly, to the adage: “once a ‘cop’ always a ‘cop.’”

The adage suggests, among other things, that no one – even a virulent antigun zealot – takes serious exception, if at all, to a police officer having access to and possession of firearms that the NY Safe Act bans outright, calling such weapons, pejoratively, ‘assault weapons.’

So, most folk, including, and especially, police officers themselves, would maintain that the most restrictive and revolting sections of the Safe Act ought not apply to them even though, for most everyone else, those sections do. But does the normative prescription coincide with actual fact?

What does the NY Safe Act actually say about possession of so-called “assault weapons” by New York police officers?

The New York Safe Act Section 37, as codified in NY CLS Penal § 265.00(22), and, specifically as codified in NY CLS Penal § 265.00(22)(h) says, in pertinent part, that any firearm defined as an ‘assault weapon’ that was lawfully possessed prior to the enactment of theNew York Safe Act, namely prior to January 15, 2013, “may only be sold to, exchanged with or disposed of to a purchaser authorized to possess such weapons or to an individual or entity outside of the state. . . .”

NY CLS Penal § 265.20(a) (1) (b), refers us to NY CLS CPL § 1.20. We find that NY CLS CPL § 1.20(34) provides us with a detailed list of and exposition of the definition of ‘police officer’ under New York law. In fact, there are close to two dozen definitions for the expression, ‘police officer.’ So, if a person falls within the definition of ‘New York police officer,’ that officer is legally permitted, in his personal capacity – that is to say, outside of his professional duties as a “police officer” – to acquire and possess firearms defined as ‘assault weapons’ even while the average, law-abiding New York resident cannot.

But, the $1 million question is this: can a qualified, retired police officer acquire, own and possess firearms defined as ‘assault weapons?

In other words, does New York law draw a distinction – a bright line – between “current, active-duty sworn police officers” and “retired qualified police officers?” Well, we remark that retired, qualified police officers can certainly continue to possess, lawfully, those weapons they acquired lawfully before enactment of the NY Safe Act on January 15, 2o13. And that, of course, is true, as well, for the average, law-abiding New York resident who has never worked in law enforcement. But, what about “assault weapons” that the New York officer acquired after the Safe Act took effect? Can a New York police officer – now that he is retired – continue to possess, lawfully, those “assault weapons,” he or she acquired while actively employed as an officer but which were acquired after the Safe Act took effect, or must the officer surrender those “assault weapons?” Curiously, New York law is silent on that question.

We know this much: once a police officer retires, that officer is placed on the same legal footing as any other law-abiding New York resident, who never worked in law enforcement.

And, why is that? Once again, we turn to the operative Section of New York law: NY CLS CPL § 1.20. The language of that Section strictly implies that the police officer is current or active-duty. Curiously, early New York Legislation, going back to the 1990s did include language that permitted retired, qualified police officers to lawfully own and possess weapons defined as ‘assault weapons’ as the definition for such weapons existed at that time. Yet, the fact that such language was never finalized into law should tell New York police officers – whether current, active-duty or retired – that the drafters of NY Safe had no desire to revisit the issue and clearly did not wish to extend the prerogative of “assault weapon” possession to retired police officers. Moreover, we have come across no other law in the Consolidated Laws of New York that might otherwise allow a retired, qualified police officer to continue to acquire and possess such “assault weapons” or, for that matter, to continue, lawfully, to possess such “assault weapons” the officer did acquire, lawfully, while in law enforcement but subsequent to enactment of the NY Safe Act. 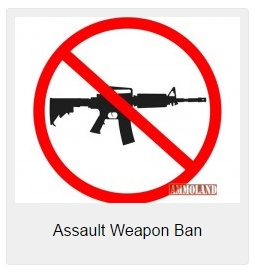 The Bottom line is this:

If you are a current, active-duty sworn police officer and you are contemplating retirement in the near future and you wish to acquire one or more “assault weapons” for your personal collection, we strongly urge you to acquire those firearms now, because, once you retire, you will not be able, lawfully, to do so.

That said, whether you are permitted to retain such weapons, after retirement from law enforcement, is, at this point in time, an open question.

Next TSA Reports Record Number of Guns in Airports