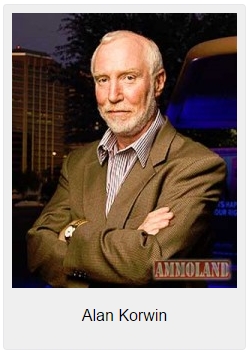 In a stunning announcement no one expected to hear prior to his trip to Roseburg, Ore., President Barack Obama backed off his long held proposals for new background checks, and has proposed a full-court press to find and bring to justice the black murderers plaguing his home town of Chicago.

According to government sources, the Chicago police force will receive emergency funding to track down and prosecute the gangs and hit squads that have been terrorizing select neighborhoods with impunity for decades. Despite hundreds of murders in the city, with offenses occurring on a near daily basis, virtually no one is arrested or prosecuted for the crimes. Murder is the worst crime on the books.

“I recognize my former approach to gun violence will take a long time and meet with bitter resistance, but this new plan will have an immediate effect and start saving lives, especially black lives, right away,” the President said at a hastily called private meeting. “Black lives matter,” he said, “and I plan to make that more than words.”

This reverses his long held yet failed policy of seeking new national gun laws that have been fought vehemently by the powerful gun lobby and left him, in his own words, “stymied.” Former New York mayor Michael Bloomberg has been pursuing new gun laws on a state level, privately, using his own money, with very limited results.

Mr. Obama made the announcement following a month in which his home town Chicago reached 59 murders and 362 gunshot victims in September 2015, marking the Democratic-run city’s deadliest month since 2002, according to analysis by The Chicago Tribune.


Chicago has some the toughest gun laws in the nation, but like other cities with tough gun laws, black neighborhoods in particular suffer enormous amounts of gun-related violence, with very little crime control or police enforcement. Critics have pointed out that tough gun laws, and tough law enforcement are not the same thing, with Chicago as a case in point.

Reached for comment, gun-rights advocates were virtually speechless, preferring to not go on the record, since they were inclined to say, “I told you so,” having been calling for a new approach to the failed policies the president and other left-leaning politicians have been attached to for so long.

They also did not believe the change could be true.

And in fact it is not true.

Obama has NOT decided to go after real criminals. He continues to vigorously battle against the civil rights of innocent Americans who own firearms instead of pursuing known criminals. This is an imaginary report, showing what a real change in gun policy would look like, since news consumers never get to see one.

This report shines light where there is darkness. It demonstrates how it might be received, and what the gun-control vs. crime-control debate could be, if the mainstream media were to start asking real questions and fulfill its role as a watchdog. Cynical observers do not expect it to happen in the near term.

Instead, the media simply marches in line behind the current administration’s repetitious feckless demands to curtail civil rights and leave hardened criminals alone to commit their atrocities.

The perpetual report of murder numbers, like the Tribune has just published for the umpteenth time, adds fodder to Mr. Obama’s calls to infringe on rights, but is not used for calls to find and arrest the murderers.

Mr. Obama seems immune to going after criminals, which would definitely reduce crime, and bring criminals to justice.

The media seems immune to calling him out about it. And the president persists in attacking the rights of the public, calling for still more background checks, which even his allies admit will do nothing new, would not have affected the recent murderer (not “gun man,” a demeaning sexist gender-bias slur against guns and men) and meet with fierce resistance from 100 million innocent and honorable American gun owners.

The American “news” media has become as big a part of the problem as the heinous villains wielding the guns and murdering their fellow black citizens with impunity.

About GunLaws.com:
Scottsdale, Ariz.-based Bloomfield Press, founded in 1988, is the largest publisher and distributor of gun-law books in the country. Our website, gunlaws.com, features a free national directory to gun laws and relevant contacts in all states and federally, along with our unique line of related books and DVDs. “After Your Shoot” for media review is available on request, call 800-707-4020. Our authors are available for interview, call to schedule. Call for cogent positions on gun issues, informed analysis on proposed laws, talk radio that lights up the switchboard, fact sheets and position papers. As we always say, “It doesn’t make sense to own a gun and not know the rules.” Visit: www.GunLaws.com

Next More Voices Outside Roseburg Than Inside Calling for Gun Control