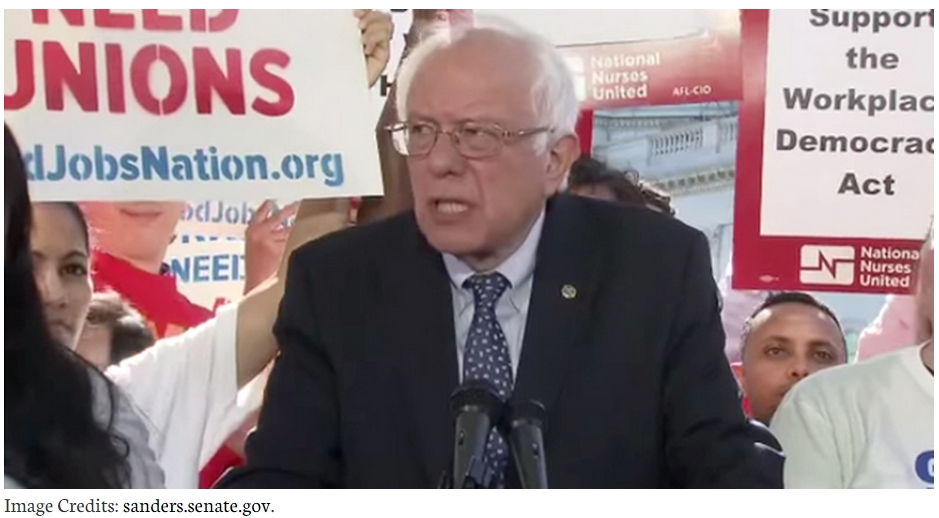 Speaking to a crowd of about 9,000 people at the University of Colorado in Boulder, Colorado, on Saturday, Vermont Sen. Bernie Sanders called for a ban on semi-automatic weapons in his second straight day of talking about an issue — guns.

“Instead of people yelling at each other, we have got to come together on commonsense approaches which, in fact, the vast majority of the American people support,” said Sanders, who represents a rural state with few gun laws. He added that there is “widespread support to ban semi-automatic assault weapons, guns which have no other purpose but to kill people.”

Saturday was not the first time Sanders has come out in favor of such a ban: He voted for a 1994 assault weapons ban and in 2013, in the wake of the Sandy Hook school shooting in Newtown, Connecticut, he supported an assault weapons ban and enhanced background checks for gun buyers, both of which failed in the Senate. But the self-described socialist has also voted to allow guns in national parks, to shield firearms manufacturers from liability for shootings and against a five-day waiting period for gun purchases. Many expect him to come under criticism for his record at the first debate on Tuesday.

The candidate for the Democratic nomination echoed President Obama’s statement on the shooting, saying, “We’re all getting pretty tired of condolences and prayers after mass killings.”


“Condolences and prayers are not enough,” Sanders said. “We have got to do something meaningful to address this crisis” of gun violence.

The comments were similar to ones Sanders made in Tucson on Friday. Otherwise, he focused Saturday on familiar themes, decrying income inequality and the political clout of corporations and the wealthy.

Next [VIDEO] BEN CARSON: "Gun Control Will Cause Next Holocaust"