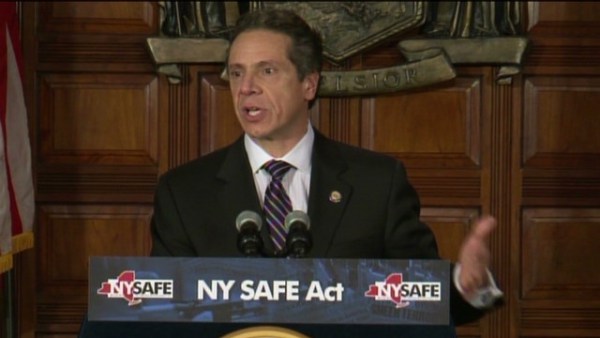 A lawyer working for NY Governor Andrew Cuomo was shot at a 2am party in Brooklyn.  This would normally be a tragic loss.  Governor Cuomo turned it into a political disaster because of New York’s bizarre gun control laws.  To believe the governor’s rhetoric, the other hundred million firearms in America remained inert and harmless, but this gun in New York went on a rampage.  The gun did it.

Here is the obvious truth the governor wants to hide.  State laws don’t protect us from violence.  The police don’t protect us.  In fact, New York citizens have been left unarmed and vulnerable.. unless they are a politician or rich campaign contributor.  Then they can have their own security detail or carry concealed.

So what is a corrupt politician to do?  Do something, anything, before citizens realize they must protect themselves.

That is why Cuomo blamed the gun.  Some magic made the gun do it, some evil gun-voodoo magic brought that gun to life.  Cuomo proscribed more political voodoo in the form of more gun control.  Cuomo doesn’t have a choice.  The governor MUST jump to the podium and perform the anti-gun voodoo dance in front of the media before anyone puts together the obvious facts.

See for yourself.  Everything an honest gun owner does in New York State is regulated, forbidden, restricted, permitted, licensed and monitored.  New York State gets an “A” rating by the gun control groups.  Governor Cuomo had to shout the gun-control voodoo chant before someone asks why all those gun control laws failed as another criminal thug shot an innocent unarmed man in New York City.

The governor’s solution is to yell louder in front of the TV cameras.  ‘Stop government until we get even more ineffective gun laws!’ he says.

Cuomo will do anything to distract us from the obvious. 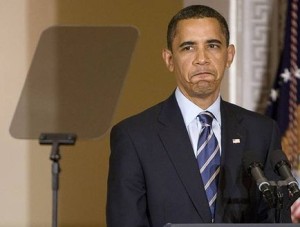 President Obama did the same thing after nine Christians were murdered at an Oregon community college.  The President threatened to use his phone and his pen to do.. something.  Obama didn’t say what, only that gun laws and gun owners were broken and needed to be fixed.

President Obama didn’t tell you that Oregon already has mandatory universal background checks for firearms owners.  That means private gun sales are illegal.  The media didn’t tell you the murderer at the Oregon community college passed all his background checks.  Oregon also has mandatory mental health reporting requirements for firearms purchases.  Those requirements didn’t identify the murderer.  Oregon goes so far to disarm people with a record of violent crimes, even if those crimes were committed as a juvenile.  You didn’t hear about that in the news reports after the shooting.

There is more.  This community college in Oregon required staff and students to keep their legally owned firearms off campus.  Yes, that regulation applied to the murderer since he was a student.  Officially, the campus was a gun-free zone and even the lone security guard was disarmed.  The media didn’t tell you that Oregon gun control laws were a colossal failure.

I’ll tell you that gun control advocates got the laws they wanted and more people died as a result.

That is why President Obama had to jump to his teleprompter.  He had to fill the media vacuum with a meaningless speech where he talked about himself every 30 seconds and threatened to disarm honest gun owners.  President Obama blamed the National Rifle Association for the murders, even though the NRA has been begging for armed school guards for the last three years.

The president didn’t have a choice.  The mass murder showed that Oregon’s strict gun laws failed. And no innocent failure, but a fatal failure. The president had to find a sacrificial scapegoat to blame.

Look at the history of mass public murders and the conclusions are obvious.  Gun control failed.  Gun free zones only disarmed honest gun owners.  These areas became hunting preserves for violent sociopaths.  Universal background checks failed to stop criminals and crazies from getting guns.  Our most skilled mental health professionals can’t tell which of their patients will turn violent.  Those are the facts.

That is why gun control advocates like New York Governor Andrew Cuomo and President Barack Obama had to cry in front of the teleprompter.  They need someone to blame.  Gun owners and the NRA are their chosen scapegoat.

The politician’s plan might work unless more citizens hear the facts.  Please spread the truth.
~_~_~_

About Rob Morse:
Rob writes about gun rights at Ammoland, at Clash Daily and on his SlowFacts blog.   He co-hosts the Polite Society Podcast.  He is also an NRA pistol instructor and combat handgun competitor.


Previous [VIDEO] BEN CARSON: One Can "Guess That We’re Getting Closer" to End Times

Next BOMBSHELL: Playboy Makes Decision That Will Forever Change the Magazine