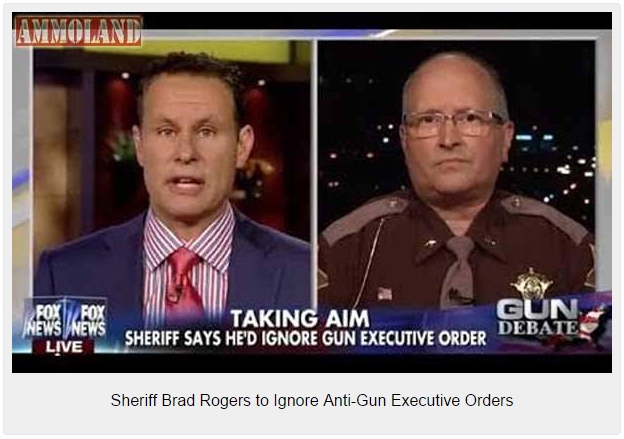 GOA Life Member, Sheriff Brad Rogers, has announced that he will NOT be enforcing any anti-gun Executive Orders. Sheriff Rogers faults President Obama for politicizing the gun issue and chastises him for suggesting we should follow the gun-confiscation policies of Australia and Great Britain.