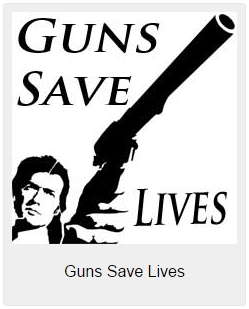 A 23-year-old Right-to-Carry permit holder was waiting for a bus after work when a trio of armed men attempted to rob him. One of the thieves put their hands inside the permit holder’s pocket and stole $220. The permit holder responded to the robbery by drawing a gun and firing at the criminals, striking two and causing all to flee. The two wounded robbers were captured by police while seeking medical attention at a nearby hospital.

The permit holder obtained his Right-to-Carry permit mere weeks before his harrowing encounter.

Speaking with a local media outlet, the permit holder’s brother noted, “I believe you should have the right to protect yourself from any danger… We should be able to walk and go where we want freely and not be in fear of our life that that’s why I believe your CPL is protecting you from any danger you may come across.” (FOX 2 Detroit, Detroit, Mich. 10/19/15)

About the Guns Save Lives Series:
Every few days AmmoLand Shooting Sports News will be featuring a new report of stories involving self defense with a hand gun. Be sure and share, like and Tweet these posts and help spread the truth that “Guns Save Lives”. See more at www.AmmoLand.com


Previous NEWSFLASH to CNN (but NOT gun owners), NRA’s political Cash Comes from You & Me