Inspired by terrorist propaganda from ISIS, Abdul Razak Ali Artan ran down students with his car and attacked many with a large knife. The left of course had a field day and instantly started talking gun control without having all the information. Obviously the truth of the situation has come out but the gun ban narrative still remains.

I would imagine we should expect the banning of cars, knives, and guns at some point. But not today, and the NRA made that very clear in a string of epic tweets.

DC had this to say:

The National Rifle Association waived the victory flag Monday afternoon after a police officer shot and killed an attacker at Ohio State University.

The NRA fired off several tweets targeted at the media pushing a false narrative about the attack and pointing out the police officer’s successful use of a firearm. 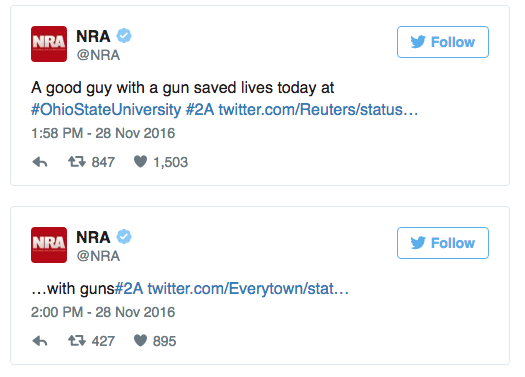 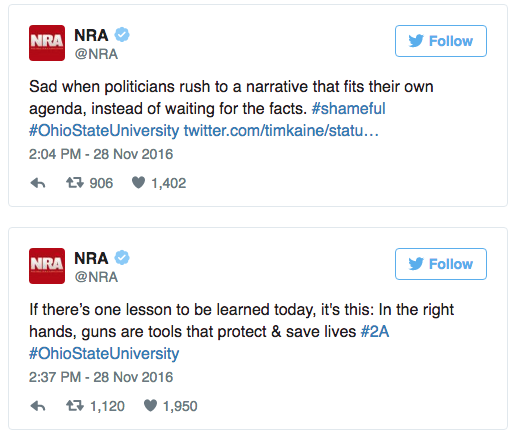 Previous URGENT: Do Not Give Your Children ANY Of These Medicines - RECALL

Next Huma Holds Onto Weiner, Still Living Together