Mike Rowe is on a roll lately! Smashing liberal agendas left and right. America’s favorite “everyman” sometimes makes time to share angry email with his 4.5 million Facebook followers. On Sunday he shared an email from “Marla W,” who wrote about his upcoming appearance at the 2017 SHOT Show in Las Vegas. The woman said he lost her as a fan for daring to appear with “a bunch of gun nuts” who fuel “faux patriotism.” Mr. Rowe, whose mikeroweWORKS Foundation helps train Americans for in-demand jobs, admitted that he would be discussing ways to “close America’s skills gap” before addressing the “gun nuts” claim.’

And that he did with an amazing amount of support to follow.

The host of “Somebody’s Got To Do It” dealt with criticism this week for hanging out with a “bunch of gun nuts” and participating in the 2017 Shot Show State of the Industry Dinner. In the letter the person called him out for participating in the promotion of “faux patriotism surrounding the second amendment” and said he was risking his “good name” before signing off that he had lost a fan.

“It’s true, I’ll be in Vegas this week, addressing a roomful of people who like to shoot guns,” Rowe wrote on his Facebook page. “I’m not sure what I’m going to say yet–probably the same thing I tell anyone who invites me to discuss the various ways we might close America’s skills gap. But one things for sure–while I’m at there, I’m going to make sure I see my friends at The SEAL Family Foundation.”

Rowe then said he asked the SEAL team to walk his employees through a small training session and said how incredible it was to watch people who were uncomfortable holding a gun to being very comfortable and “empowered” by the opportunity. 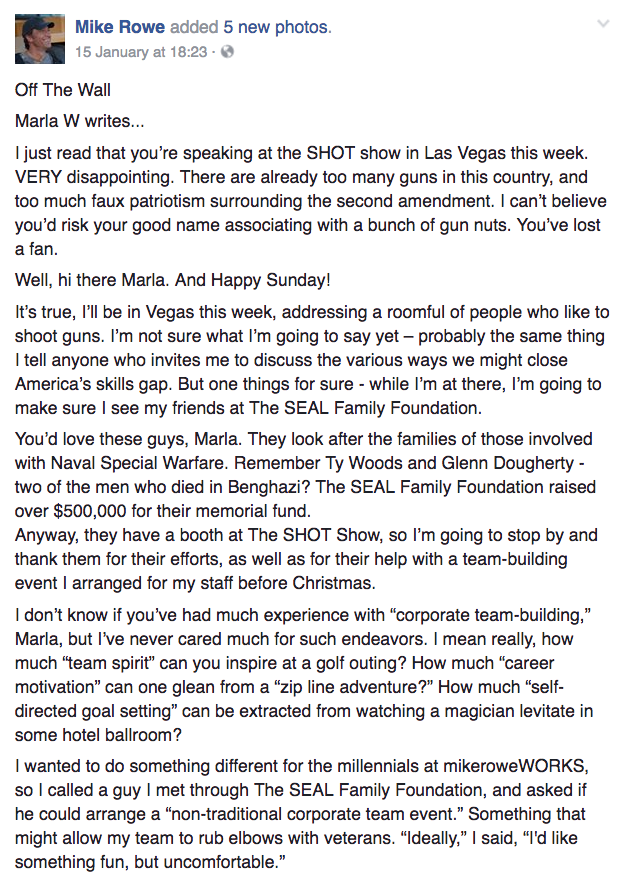 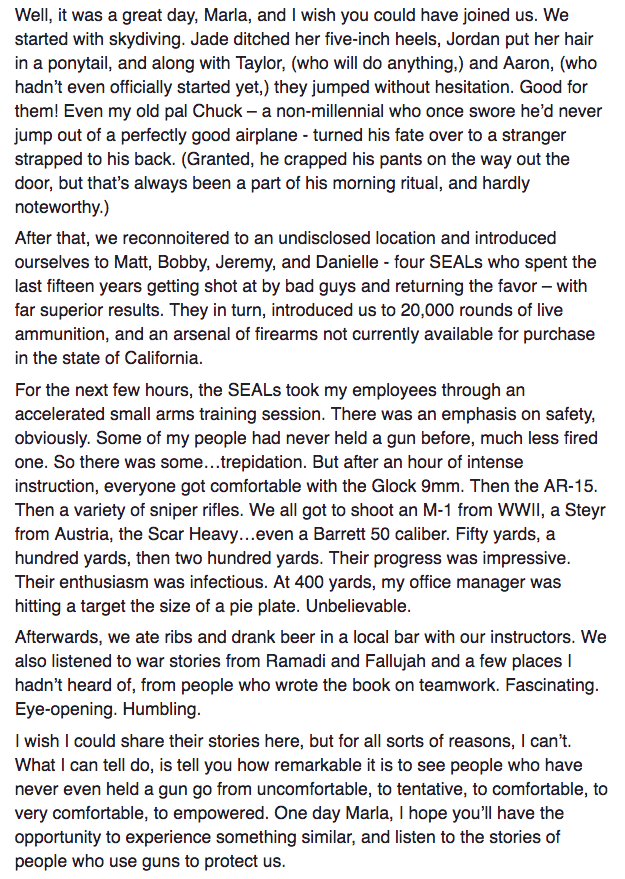 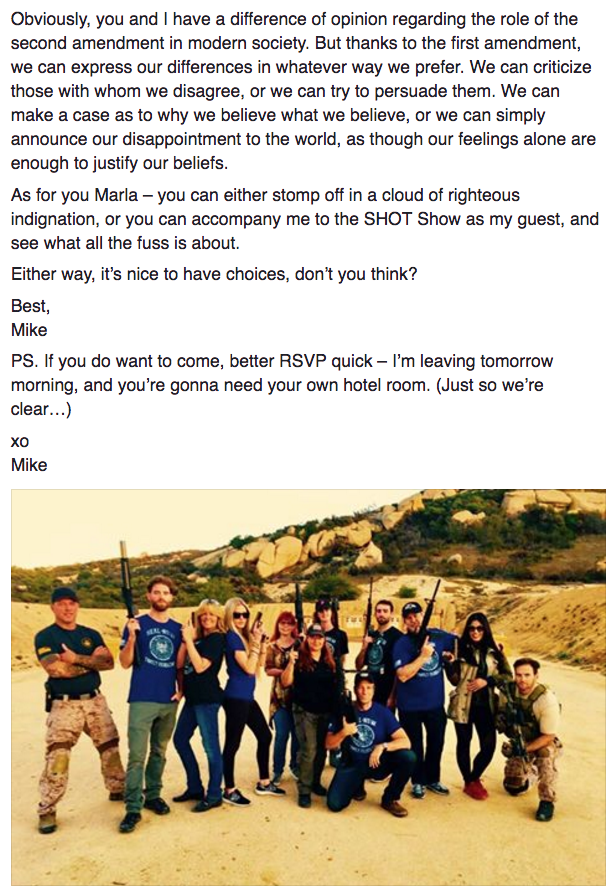