The left has been arguing for years that there should be more gun laws on the books to combat gun violence in our country.   However, what the left does not understand is that our gun rights are non-negotiable and they will not be infringed upon.

So, while the debate continues to rage online and protests gather in the street one person in a pickup truck made his thoughts on the matter very clear.

To fully understand the sentiments behind the sticker, you have to understand that many believe you can’t always talk your way out of a situation or use negotiation to end a threat. Rather, you may need to meet force with force or, in other words, achieve “peace through superior firepower.” This is the mentality behind what appears on the back of a man’s truck in Texas, which is quite relevant to the peace process both here at home and abroad. 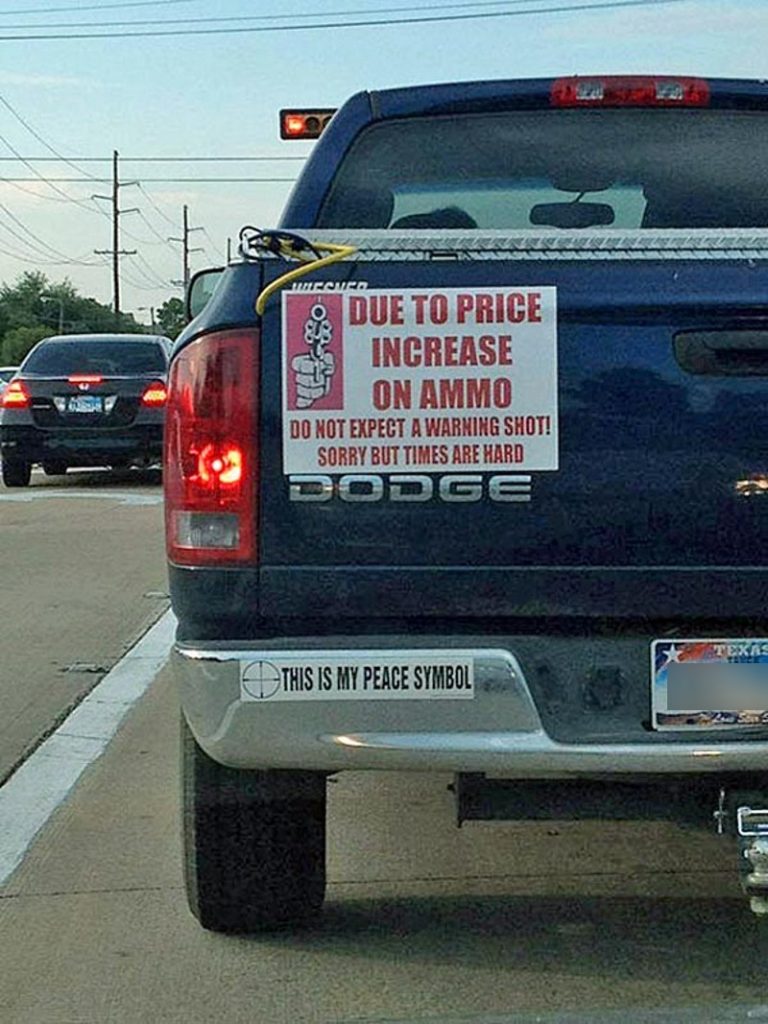 Obviously a Second Amendment supporter and gun lover, people first notice what appears to be a magnet on the tailgate of the truck that takes a shot — no pun intended — at what some have come to believe is a government-induced ammo shortage, causing ammo prices to skyrocket due to the constant criticism of our Second Amendment and the nonstop threat of increased gun control over the last decade.