Only hours after Colorado’s red-flag law went into effect, Denver Police politely asked a judge to let them take away two firearms from a man allegedly involved in a domestic dispute.

Actually, they had his guns already. The police were in court to get permission to keep the weapons “after the fact.” Some say that looks like a clear violation of the Fifth Amendment. The one that guarantees “due process.”

The measure went into effect as the ball dropped in Times Square to ring in the new year. On January 2, Denver Police were in court. Under the new law, family, household members and law enforcement can request a court order to temporarily take weapons away “from an individual deemed to be at significant risk of hurting themselves or others by having a firearm.”

Before the law was even on the books, On December 29, Denver police responded to a domestic violence report. Court documents claim “they discovered the suspect had a loaded Glock pistol in his waistband.”

According to a sworn statement, the man “threatened to off himself.” He also appeared intoxicated. One of the officers testified that “the man later acknowledged being drunk and said it was a ‘good thing they stopped me.'”

Apparently, he didn’t have a lawyer. The accused then “voluntarily turned in” a .45-caliber Springfield handgun. Several days later, after the law went into effect, police asked to keep both weapons.

By January 2, prosecutors had already “declined to press charges,” which means they didn’t have enough evidence to prove he committed any crime. Without an approval under the new law, the police are legally required to give the man his guns back.

Rather than hand them over, they insist now that there is still a “credible threat” that the pistols could be used “unlawfully or recklessly.” If a judge agrees, they can hold his property for a year.

What makes this a sticky question has nothing to do with whether the man is really a threat or not. As the law is written, anyone can make “an unsubstantiated claim that results in a law-abiding citizen’s firearms being seized.”

Conservatives argue that red flag laws violate the Second Amendment and legal action is pending. In Colorado, some sheriffs have gone on record vowing the law won’t be enforced in their “Second Amendment sanctuary” counties. 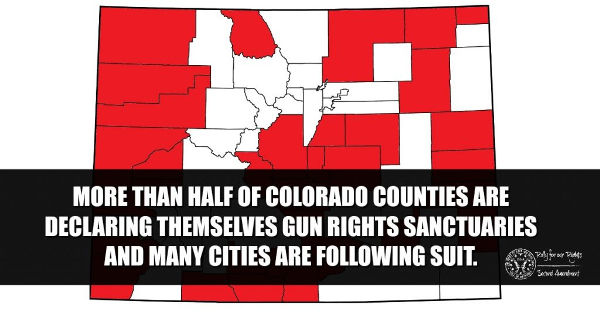